I am baffled when I see that someone of our colleagues, rather than take pragmatic and measured steps to achieving political goals and outcomes, they chose to think that historical accidents will deliver the political change they seek.

I would rather have a deliberate plan based in realism than think that if I am standing there and someone makes a mistake I could benefit,politically. It doesn’t work that way. No one should base their hopes or dreams on the mere occurrence of accidents. Let your plan be solid and thoughtful. And you need to be truthful to yourself; you need to know what is possible and what is not and you need to work hard.

It is against this backdrop that my colleagues and I have been frantically organizing under the banner of the Coalition for Liberia’s Progress (CLP). We believe that our approach is systematic and realistic. We believe that grassroot people can bring about change if they focus on the right things and build the right mechanisms and approaches.

The presidency is not all to political change. A movement that recognizes that could be on its way to leading a true revolution. Imagine for a bit if we had a cadre of 10 or 15 legislators who were prepared and able to stick together and make the hard choices, what a difference we could see?

But when legislators render themselves powerless and join the chorus of complaints then you know for real that we are in serious trouble and that our path to political change would be a long and tedious one because the people entrusted with the authority to change things don’t think they are the ones to really change things.

Let’s be reminded that change will not happen by accident. Men and women will have to take deliberate actions to force the desired outcome and that is the where the progressive grassroot coalition under the banner of the CLP comes in.

We all have the an opportunity to be part of history by declaring solidarity with the CLP.

This blog is intended to provoke debates; so you are not wrong for raising issues…

About a year ago, we had promised that we will not sit idly and see 2017 elections pass by. It was our commitment that we would be active participants when 2017 comes around. Though we did not say exactly how we would participate, it seems that it is now getting clearer.

A few weeks ago, the grassroot progressive coalition was in Kakata, Margibi County seeking membership for what promises to be the biggest coalition for grassroot political change.

Under the banner of the proposed Coalition for Liberia’s Progressive (CLP), the grassroot people will be advocating that change comes from the ground up and that if we make the right decisions at the grassroot (legislative constituency) level, our chances for change will be higher even if not guaranteed.

The approach that always focuses on the presidency at the expense of staffing the first branch of government with qualified leadership has failed. It is time for change!

The CLP’s model of political change is that if we can get the right people from the grassroot (our communities) to represent us then they can make our case at the table. But if we don’t have people at the table to advocate and to speak for us, then we will continue to be in this state of affairs.

Always complaining will not solve our problems. We need to take practical, collective actions and the CLP is here to lead the way. 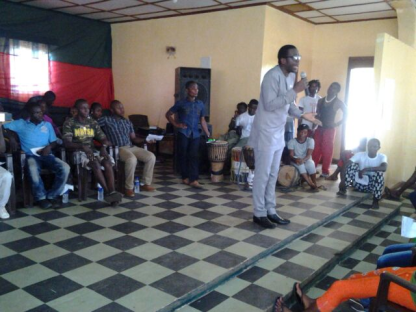 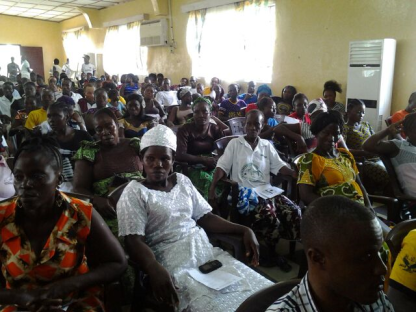 TRIBUTE TO A DEAR FRIEND AND BROTHER

This is an extremely difficult moment for me. But I have to muster the fortitude to perform this task as part of my final respect to someone who was so dear and special to me.

I crave your indulgence to allow me to spend a little longer time than others or than would otherwise be allowed.

It is still unbelievable to me (or maybe just plain refusal to accept) that we are gathered here today to hold funeral rites over the remains of a dear friend and brother.

Our country has indeed lost one of its best and finest. I can argue that the media has lost one of its outstanding and exemplary young men. END_OF_DOCUMENT_TOKEN_TO_BE_REPLACED

As Liberia approaches a critical period in its national existence, the need to provide insights and perspectives on a wide range of issues have never been more important than now.

I intend to use this medium to continue to make my contribution to nation building by providing my thoughts and perspectives on the issues of the day. I believe that I am uniquely qualify to do so not just because of my experience and deep understanding and appreciation of the issues and challenges that confront our country but also because I am a Liberian and have a patriotic duty and responsibility to do so.

It will be a failing of immeasurable proportion on my part if I sit do not offer my perspectives on the issues that matter for I believe that history will judge me harshly for refusing to make my valuable contribution to the national debate.

More than ever before, the need for sane, reasonable, and measured voices have never been more urgent. In these times when wannabes are masquerading as savior, those who know what needs to done are under patriotic obligations to provide information to the people so that decisions cannot be made on false and baseless claims.

It is in this light that I have decided to use this personal space to provide my views and thoughts on a whole host of issues that I believe our people should know as they endeavor to select the next President of the Republic.